British passports are being issued without the words "European Union" on the cover, despite the delay to Brexit.

The new burgundy passports were introduced from 30 March, the day after the UK was supposed to leave the EU, but some people may still receive the old version until stocks run out.

One pro-remain recipient said she was "truly appalled" at the change, despite 17.4 million people voting for it. 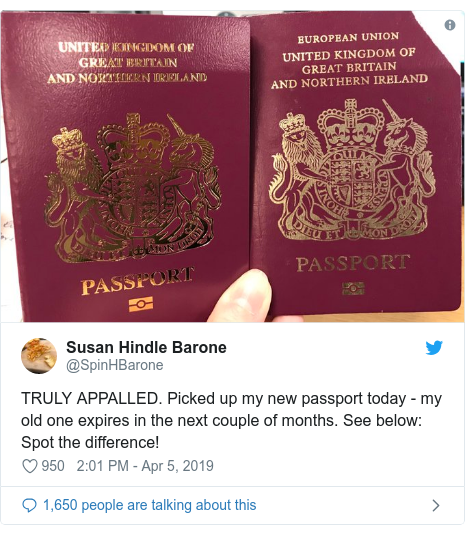 A change in the design of the UK passport has proved a rallying point for Brexit supporters, with former UKIP leader Nigel Farage describing the 2017 decision to bring back the dark blue design as "Brexmas".

The decision to remove the "European Union" label was made in the expectation that the UK would be leaving the EU at the end of last month, as scheduled.

A Home Office spokeswoman said that "in order to use leftover stock and achieve best value to the taxpayer", passports that include the words "European Union" will continue to be issued for "a short period".

She said: "There will be no difference for British citizens whether they are using a passport that includes the words European Union, or a passport that does not. Both designs will be equally valid for travel."

Dark blue passports resembling the pre-EU British design are due to be issued from the end of the year. 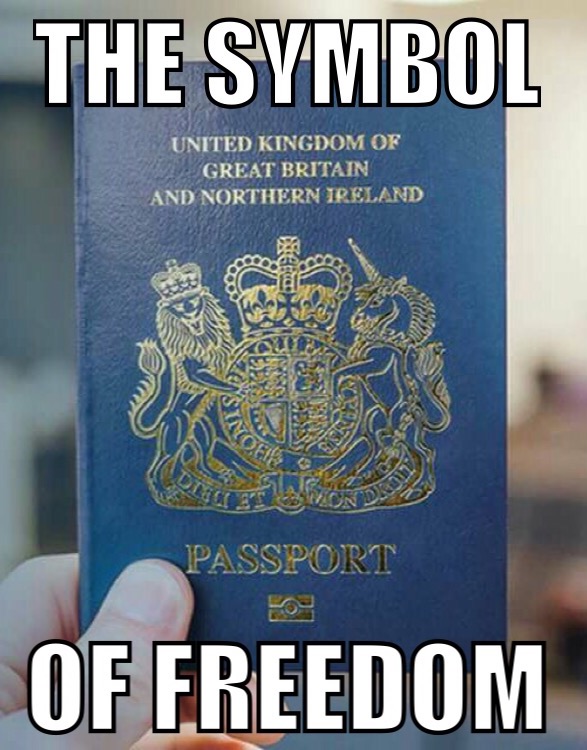