Yesterday, after being found guilty at Laganside Court in Belfast for two 'hate speech' trials, I released a video.

I was then bombarded with messages from people saying they were being blocked from viewing my video!

Clearly, 'the powers that be' did not want you to see my video, so it was blocked.

Then, lo and behold, today I receive the following email from YouTube: 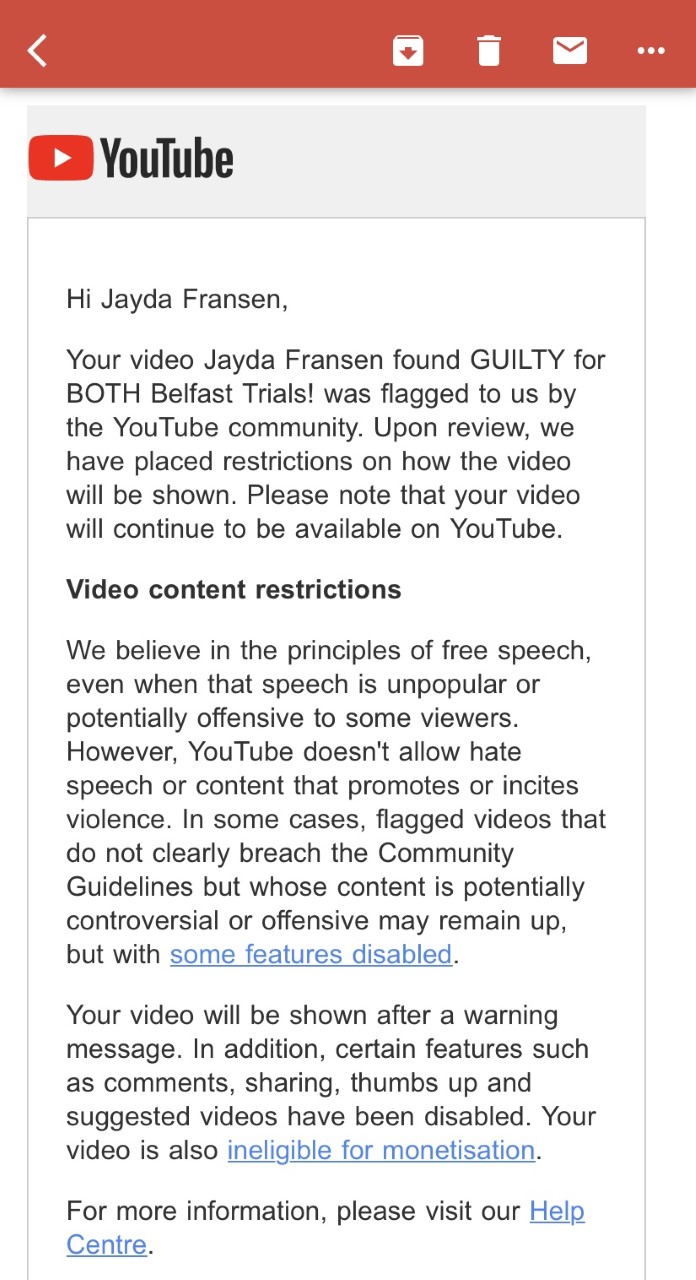 Well, I will let you decide if my video is 'hate speech' or 'promotes or incites violence'.

I have uploaded my video to another platform so you can see for yourself whether it was so offensive that it should be blocked.

Once again, this is a clear example of the 'big brother' approach taken by the State who feel it is THEIR right to choose what you can watch, not your own!

I sincerely hope that you can see this video and it is not blocked again.

If you are able to watch it, share it all over the internet just to show the nanny state that we have minds of our own!