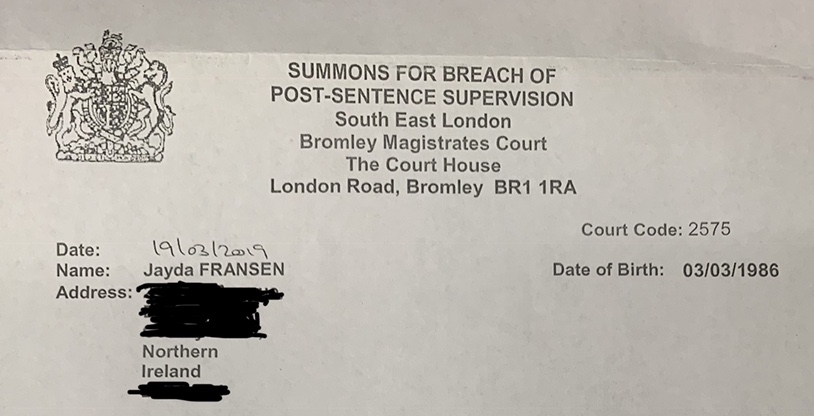 The National Probation Service will not leave me alone.

Since I completed a nine month prison sentence last November, they have hounded me like a pack of blood thirsty wolves.

I have already been arrested on an aeroplane, held in a police cell and dragged to court twice!

Today I received a Summons from a court in South East London (see letter below). 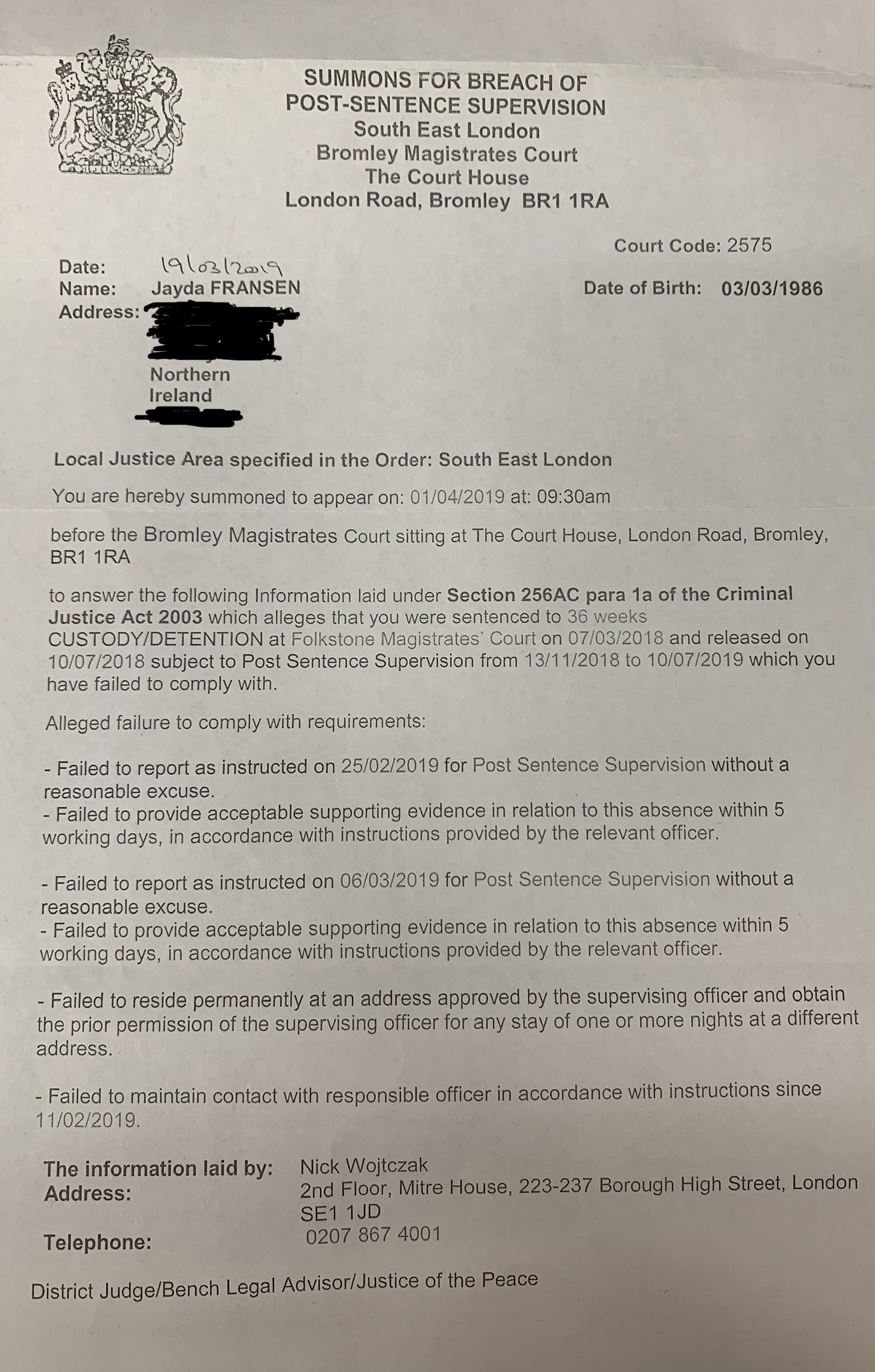 I have been summoned to appear at Bromley Magistrates Court in South East London on 1st April 2019 for 'Breach of Post-sentence Supervision'.

This is just a few days after I am summoned to appear at Laganside Court in Belfast on 29th March 2019 for so called 'hate speech' and I will find out that day if I must spend a year in jail.

If I manage to avoid jail in Northern Ireland, this letter is almost a guarantee that I WILL be jailed in England.

The letter lists the reasons for me being dragged back to court, which are for failing to attend appointments and failing to live at an approved address.

My home is in Northern Ireland, not England. I do not have a home in England.

I have told my Probation Officer countless times that if she forces me to come back to England I will be homeless.

Her response was that she did not care, she would prefer me to be homeless in England than living in my own home in Northern Ireland.

These people are evil!

So now the courts want to send me back to jail for not making myself homeless and not attending appointments in a different country!

I sometimes wonder just how far the state are prepared to go to 'get rid of' me.

If they can openly harass a woman and force her onto the streets just because I am a woman that speaks out against injustices, what else are they capable of?