Backlash at NYT headline: 'THE UK HAS GONE MAD'

A recent headline in 'The New York Times' has sparked a backlash from a seasoned British journalists as those in charge of Brexit continue to embarrass the nation.

The headline "The United Kingdom Has Gone Mad" was followed by the statement "The problem with holding out for a perfect Brexit plan is that you can’t fix stupid." 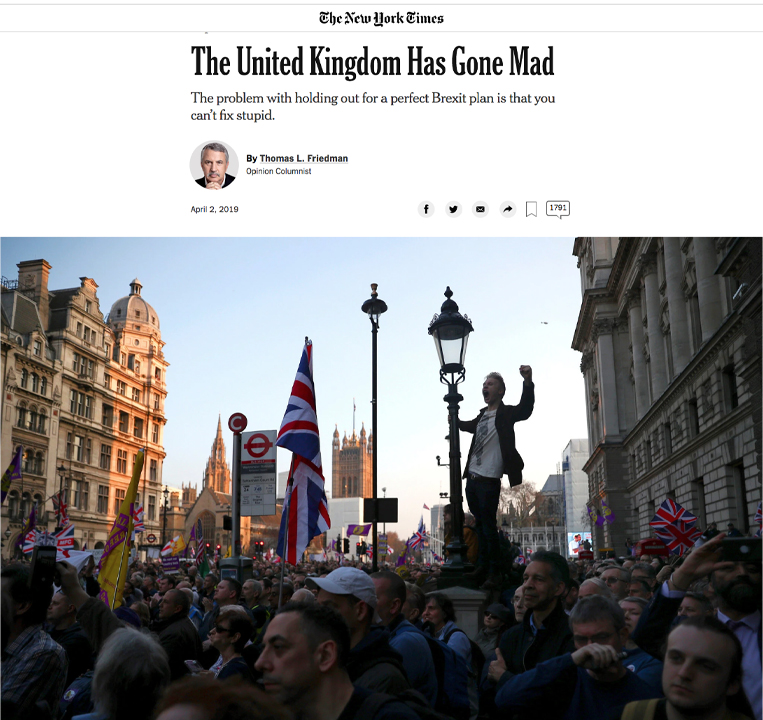 Adam Boulton, a British journalist and broadcaster who is currently the Editor-at-large of Sky News, and presenter of All Out Politics & Week In Review hit back at Friedmans claims today stating:

"I've interviewed Friedman and can attest to his sincerity. In his most famous book The World Is Flat he champions globalisation as an irresistible force which is, on balance, benefiting humankind. From his perspective considering disconnecting from the EU is certainly not "what it means to be a leader in the 21st century".

"This is not a nation gone mad. Our political leaders may be useless but our political system, including many MPs, has supported a nation facing up to important and serious regional and global issues, unlike at least one superpower I could name." 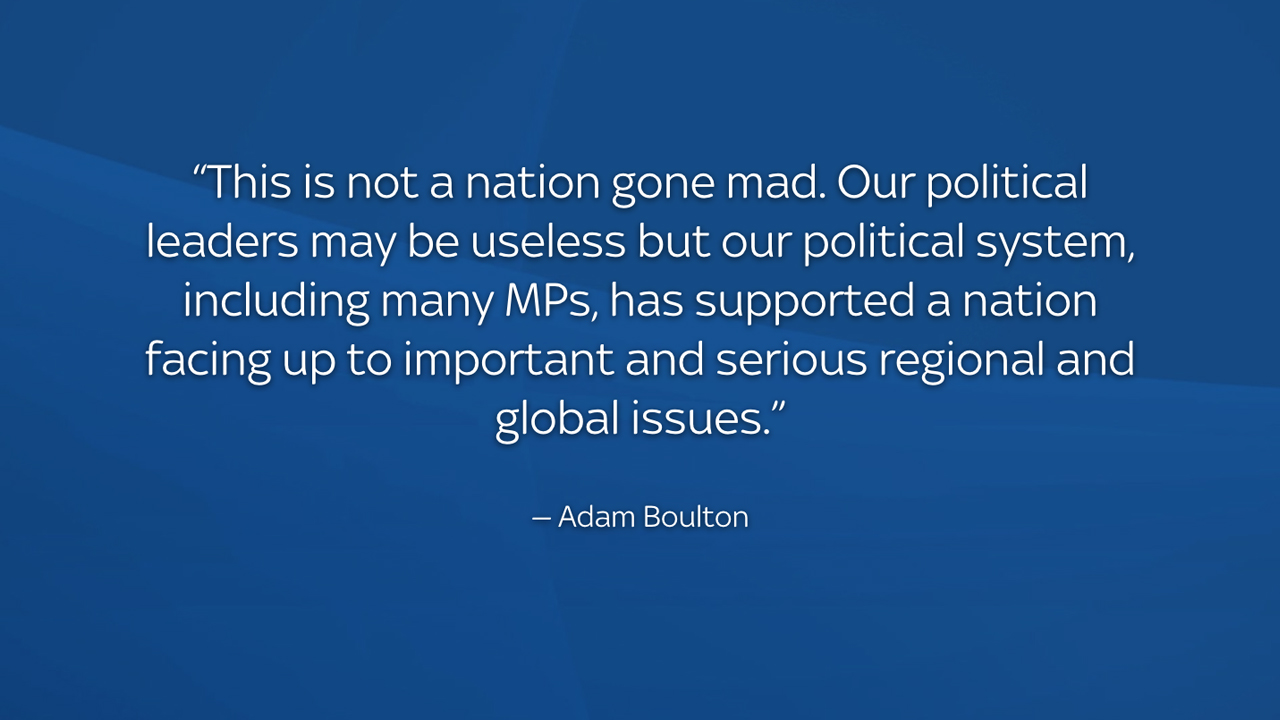 Whilst Boulton seemed opposed and mildly offended by the headline, many pro-Brexit campaigners have endorsed Friedman's presumption of madness, stating in online posts:

"Our government is a disgrace to the British nation."

"the government has sold us out to a foreign power!"

Others have pointed out the distinction between those responsible for the madness and British citizens stating:

"No Mrs May has gone mad ,She needs sectioning, don't tar us all with same brush please !!!" 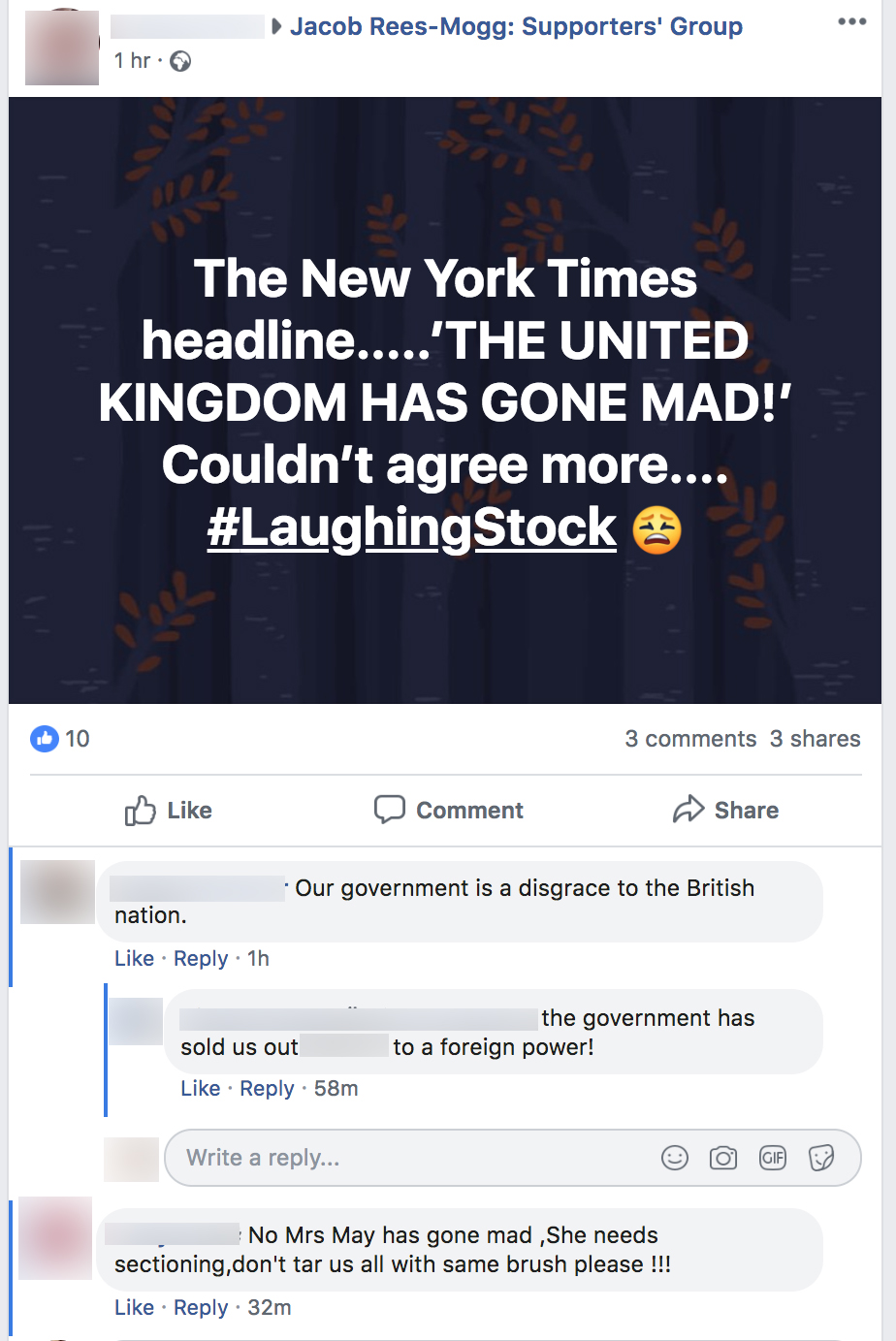 But with the entire world watching what can only be described as chaos and the biggest betrayal of democracy the UK has experienced, it is any wonder the world thinks the UK has gone mad?

If not the British people - out of sheer frustration towards a corrupt and dismissive government - then certainly those in charge of the process themselves could be accused of not dealing with the full deck.