"Tell Jayda Fransen to surrender herself"

Just 11 days ago I was facing the very real prospect of being jailed in Northern Ireland.

After serving 9 months in English prisons last year I spent another 6 months 'on the run' - being hounded by England's Probation Service.

The National probation Service in England have had me arrested on a plane, held in police cells, dragged into court, fined hundreds of pounds and convicted - simply for living in my own home in Northern Ireland!

Last week I thought my luck had finally changed.

The Judge that found me guilty of 'Hate Speech' in Belfast agreed to give me Community Service rather than sending me back to jail for a year.

He agreed that this Community Service could be carried out in Northern Ireland which means I am finally free to live in my own home without fear of arrest. 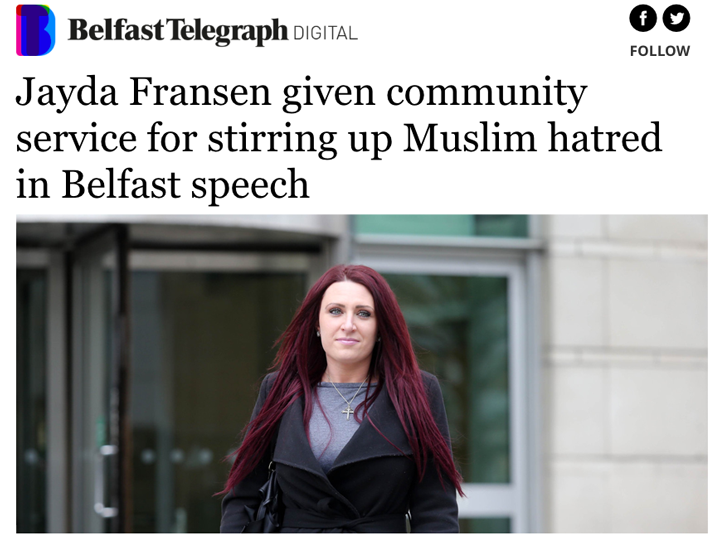 I told you all last week how happy I was that this ordeal is finally over and I can move on with my life and the plans I've made.

However, it seems I may have spoken too soon.

This morning I had a phone call from my solicitor in Northern Ireland - she has spoken to the English Courts and Metropolitan Police who told her in no uncertain terms:

Clearly not content with me being given Community Service in Northern Ireland, the English authorities maintain that I am WANTED in England.

As you read this, there are two live Arrest Warrants naming me as a Criminal Suspect. 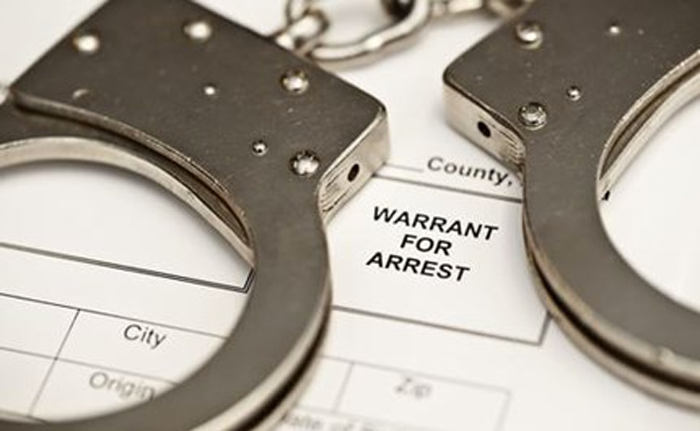 Since my release from jail in November 2018, I have fought relentlessly against the British Establishment, simply for the privilege of living in my own home.

Now, once again, I am facing further arrest, countless more charges, and an indeterminate period in an English prison.

This should have been over last week - but clearly, the battle goes on.

I am faced with two options now:

1. Throw the towel in and let the State lock me up again, or

2. Continue to fight for my freedom.

What would you do?

My 'crime' has always been a simple one: Telling the truth.

After everything I have been through, I am simply not willing to give up now!

My Solicitor is scheduling me an emergency consultation with a Barrister to discuss my options - before I am taken away in handcuffs.

I need all the support I can get right now, these legal battles are far from over.

Please chip in whatever you can to my 'fighting fund' and help me get this ordeal over with once and for all:

Thank you for your continued loyalty.