Probation are taking me back to court!

The National Probation Service in England are continuing their campaign of harassment against me and are now dragging me back to court again!

After providing false information in several emails - AND whilst she was under oath in court - my probation officer has issued me with another two 'Warning Notices'. 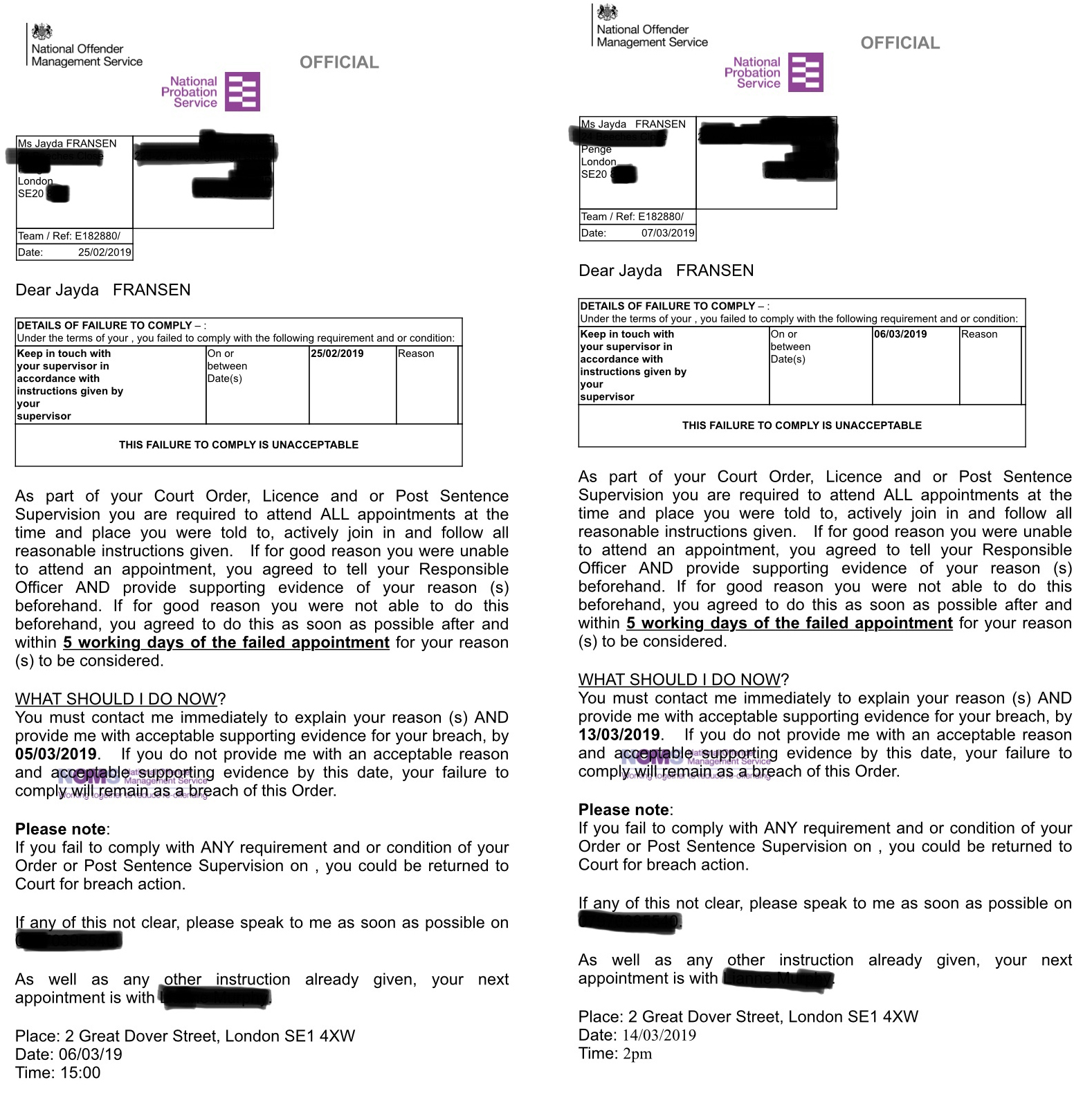 These warnings for alleged breaches state that I have failed to attend appointments in London, England - because I live in Northern Ireland!

Whilst my probation officer and the courts are well aware of where I live, she thinks if she sends me scanned copies of letters addressed to a house in London - that I do not live in - then she can trick the court once again!

Last time she made false claims in court, I was found guilty of breach and sentenced by the Magistrates.

Since then I have been informed by her line manager that the statement she made when she took the stand against me was an outright lie!

Surely that is Contempt of Court and Perjury - anyone else would be locked up for that!

I have lodged an appeal against the breach decision which has now been referred to the court that sentenced me to 9 months in jail last year.

If I am found guilty of another two breaches it is likely I will be thrown back in prison.

My 'crime' is wanting to live in my own home in Northern Ireland whilst the Probation Service in England want me homeless.