ON THIS DAY, 9th September 2004, the Australian embassy was bombed by an Islamic terror group in Jakarta, Indonesia.

A one-tonne car bomb, which was packed into a small Daihatsu delivery van, exploded outside the Australian embassy at Kuningan District, South Jakarta, at about 10:30 local time.

The blast flattened the gate of the fortress-like embassy, mangled cars and motorbikes on the street outside, and blew off the glass fronts of office towers nearby. 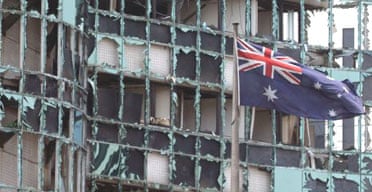 Charred debris and body parts littered the road outside.

The explosion also gutted the Greek embassy on the 12th floor of an adjacent building, where three diplomats were slightly wounded.

Damage to the nearby Chinese embassy was also reported. 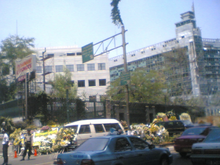 Numerous office buildings surrounding the embassy were also damaged by the blast, which shattered windows in buildings 500 metres (500 yd) away, injuring many workers inside, mostly by broken glass.

Responsibility for the attack was claimed by Jemaah Islamiyah, an organisation which has also claimed responsibility for multiple attacks including the 2002 Bali bombing and alleged to have links with al-Qaeda. 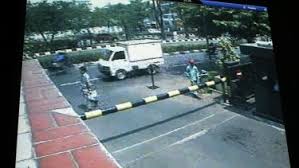 We decided to settle accounts with Australia, one of the worst enemies of God and Islam, ... and a Mujahadeen brother succeeded in carrying out a martyr operation with a car bomb against the Australian embassy...

It is the first of a series of attacks. ... We advise Australians in Indonesia to leave this country or else we will transform it into a cemetery for them.

We advise the Australian government to withdraw its troops from Iraq. If our demand is not satisfied, we will deal them many painful blows. The lines of booby-trapped cars will have no end.

Our jihad (holy war) will continue until the liberation of the land of Muslims. 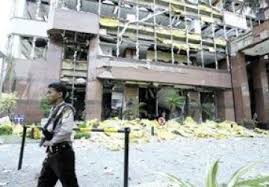 On 1 October 2004, authorities identified the suicide car bomber as Heri Golun, based on DNA tests done at the scene.

Nine people were killed and another 160 injured in the attack.