ON THIS DAY, 21st August 2015, a man opened fire on a Thalys train on its way from Amsterdam to Paris.

Thalys passenger train 9364 from Amsterdam to Paris crossed the Belgium border to France at approximately 17:45 CEST on 21 August 2015. 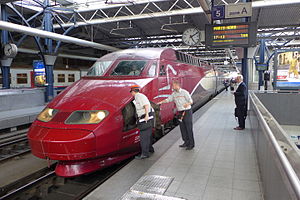 A 25-year-old Moroccan man named Ayoub El Khazzani emerged from the lavatory room of car No. 12, he was shirtless and brandishing a Kalashnikov assault rifle.

El-Khazzani fought for the Islamic State group in Syria and told investigators that he was acting under the guidance of Paris attacks' organiser Abdelhamid Abaaoud.

In addition to the rifle, for which he had nine magazines and a total of 270 rounds of ammunition, he was carrying a concealed Luger pistol, a utility knife, and a bottle of petrol. 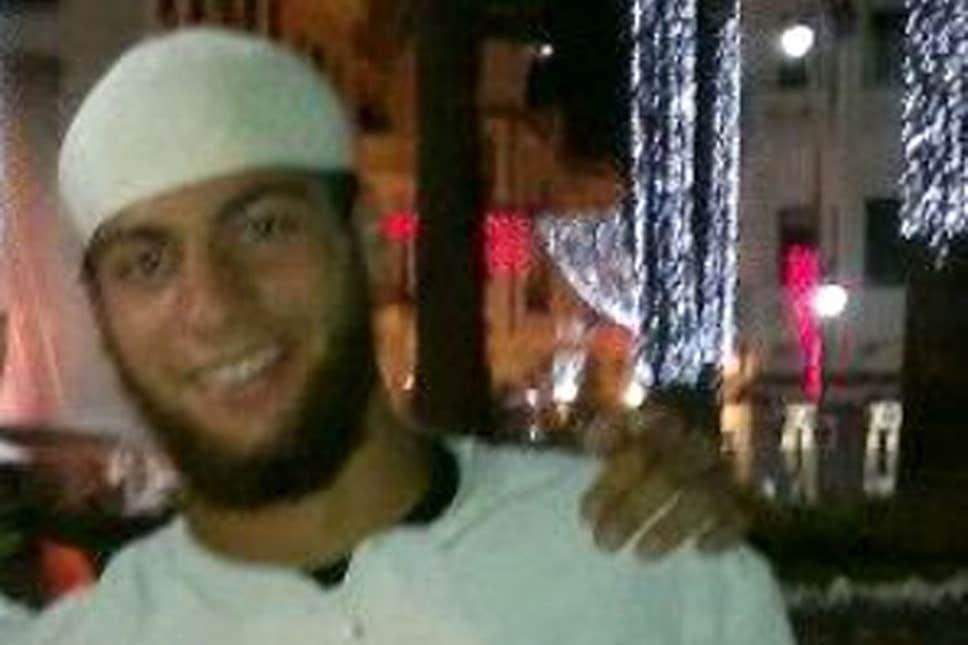 As El Khazzani exited the lavatory, he encountered 28-year-old Frenchman "Damien A." On seeing the shirtless and heavily armed Moroccan, Damien attempted to restrain the gunman, but was overpowered and fell to the floor.

Seated nearby, American-born Frenchman Mark Moogalian (age 51) saw the scuffle, got up, and in the ensuing struggle wrested the rifle from El Khazzani. As Moogalian turned to move his wife out of harm's way, El Khazzani pulled out a concealed 9mm Luger pistol and shot Moogalian in the neck. Seriously injured, Moogalian fell to the floor and remained still, playing dead.

El Khazzani retrieved the rifle, walked to the passenger area and attempted to fire the weapon at the occupants of the car, but the weapon jammed. 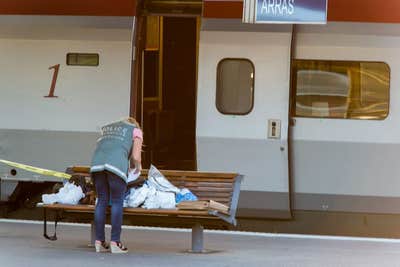 Alarmed by the sound of the gunshot that injured Moogalian, and seeing the shirtless Moroccan with an assault rifle, Skarlatos cried out to his friends "Get him!" Stone, who did not know the weapon was jammed, moved first. He ran up the aisle, straight at the gun-wielding El Khazzani and put him into a chokehold. 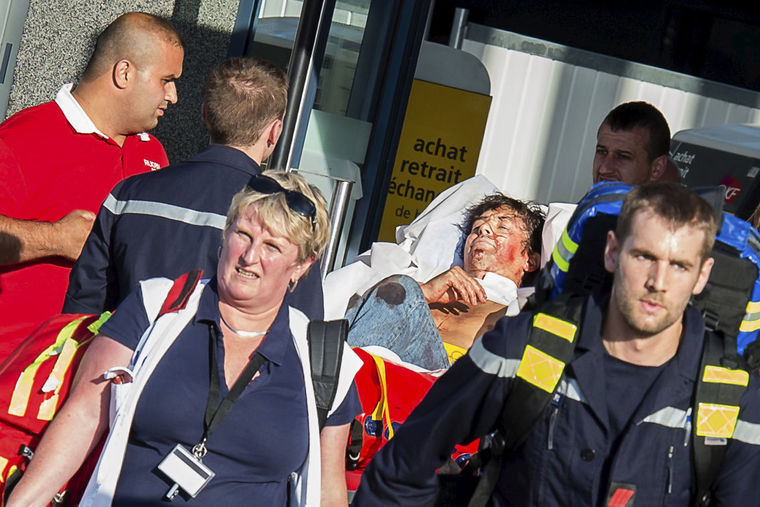 Attempting to free himself, El Khazzani repeatedly cut Stone in the hand, head, and neck with the utility knife; Stone's thumb was nearly severed.

Skarlatos seized the jammed rifle off the floor and began "muzzle-thumping" El Khazzani about the head, while Stone continued his choke-hold. El Khazzani fell unconscious.

British passenger Chris Norman (age 62)and a French train driver helped to hold El Khazzani down, and they used Norman's T-shirt to tie his arms behind his back.

Norman was injured in the process, but did not need hospitalization. About his joining the struggle to subdue the shooter, Norman said, "I'm not going to be the guy who dies sitting down." "If you're going to die, try to do something about it." 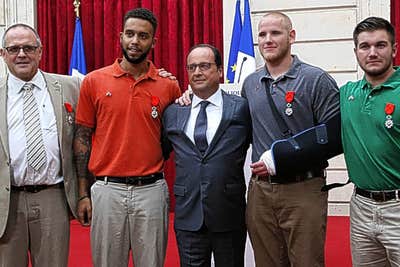 The train was carrying 554 passengers and was passing Oignies in the Pas-de-Calais department when the attack took place.

The French, American, and British passengers that confronted the attacker and subdued him received France's highest decoration, the Legion of Honour for their heroism.

Four people were injured during the attack.