On 26th February 1993, a truck bomb was detonated below the North Tower of the World Trade Center in New York City. 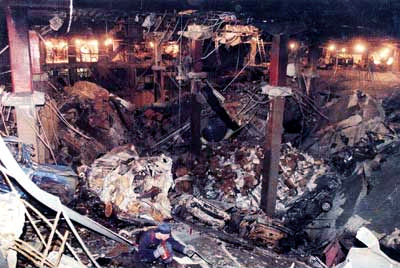 The 1,336 lb (606 kg) urea nitrate–hydrogen gas enhanced device was intended to send the North Tower crashing into the South Tower, bringing both towers down and killing thousands of people.

It failed to do so but killed six people and injured over one thousand. 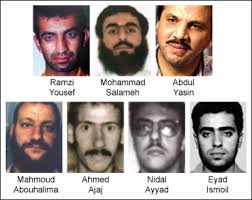 Ramzi Yousef and a Jordanian friend, Eyad Ismoil, drove a yellow Ryder van into Lower Manhattan, and pulled into the public parking garage beneath the World Trade Center around noon.

They parked on the underground B-2 level. 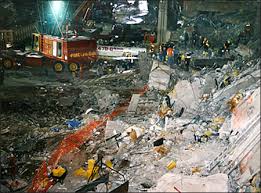 The bomb opened a 100-ft (30-m) wide hole through four sublevels of concrete. 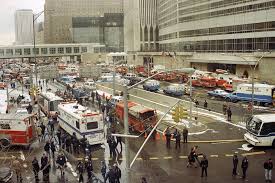 The bomb caused smoke to rise to the 93rd floor of both towers, including through the stairwells which were not pressurized, and smoke went up the damaged elevators in the World Trade Center Towers North & South.

With thick smoke filling the stairwells, evacuation was difficult for building occupants and led to many smoke inhalation injuries.

Hundreds were trapped in elevators in the towers when the power was cut, including a group of 17 kindergartners, on their way down from the South Tower observation deck, who were trapped between the 35th and 36th floors for five hours. 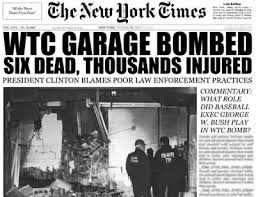 Six people were killed, five Port Authority employees and a businessman whose car was in the parking garage. Additionally, 1,042 people were injured, most during the evacuation that followed the blast.