Probation have threatened me with legal action!

As you know, the National Probation Service in England have done everything in their power to make my life as difficult as possible since my release from jail in November 2018.

Their latest strike against me is taking things to another level!

She has refused to answer my question and has also said that my official complaint to Her Majesty's Prison and Probation Service (HMPPS) will not be responded to!

Then she threatened to take legal action against me! 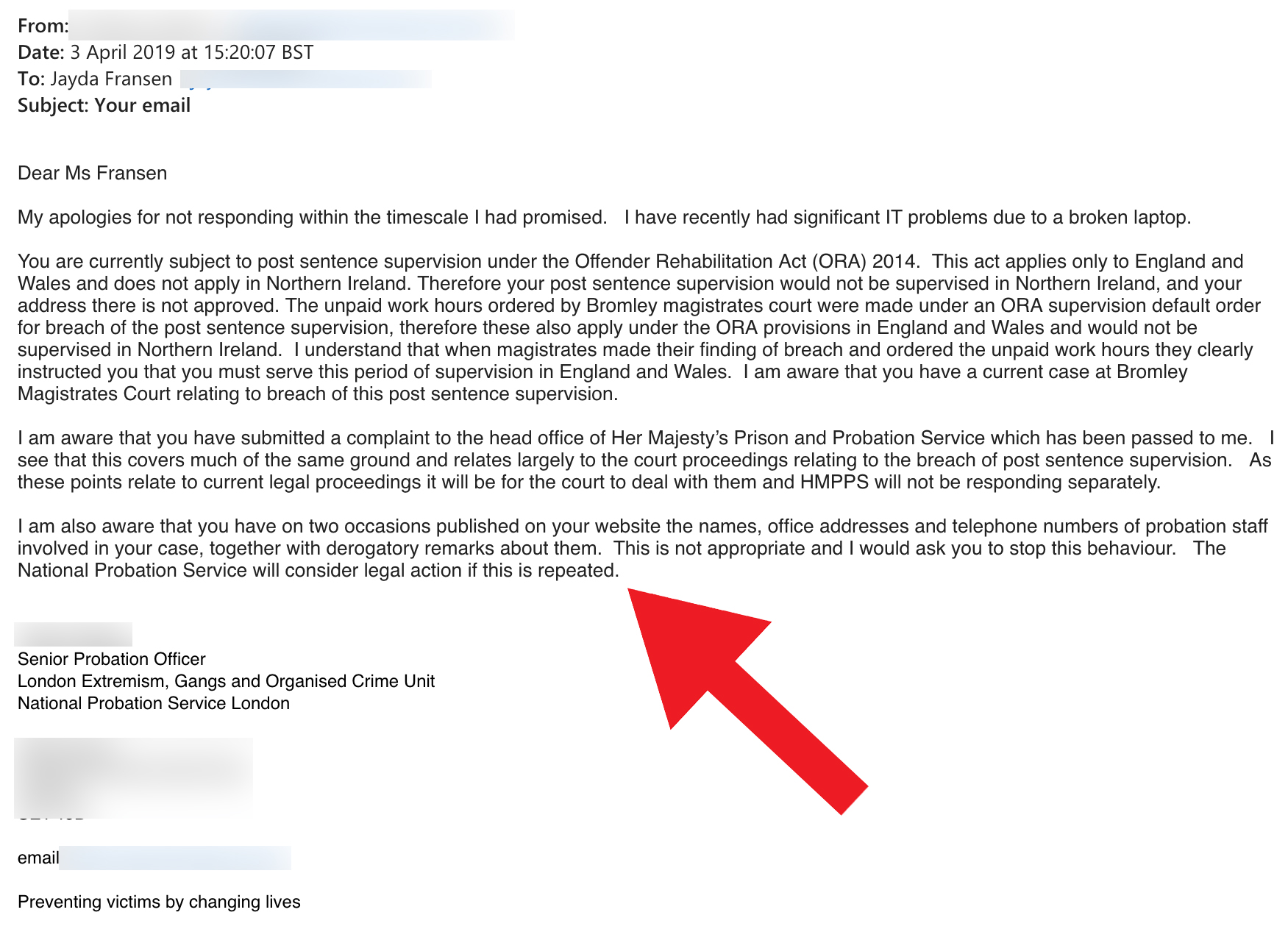 After I received this threat, my Probation officer called me and repeated it over the telephone!

She said "As my line manager told you, stop calling us derogatory names".

When I asked her what exactly did she class as 'derogatory', she replied that I had called her "Evil".

Can you believe that?

After making my life a living hell for 5 months, having me arrested at Christmas, dragging me into court and banning me from living in my own home - she is upset because I called her 'Evil'?! 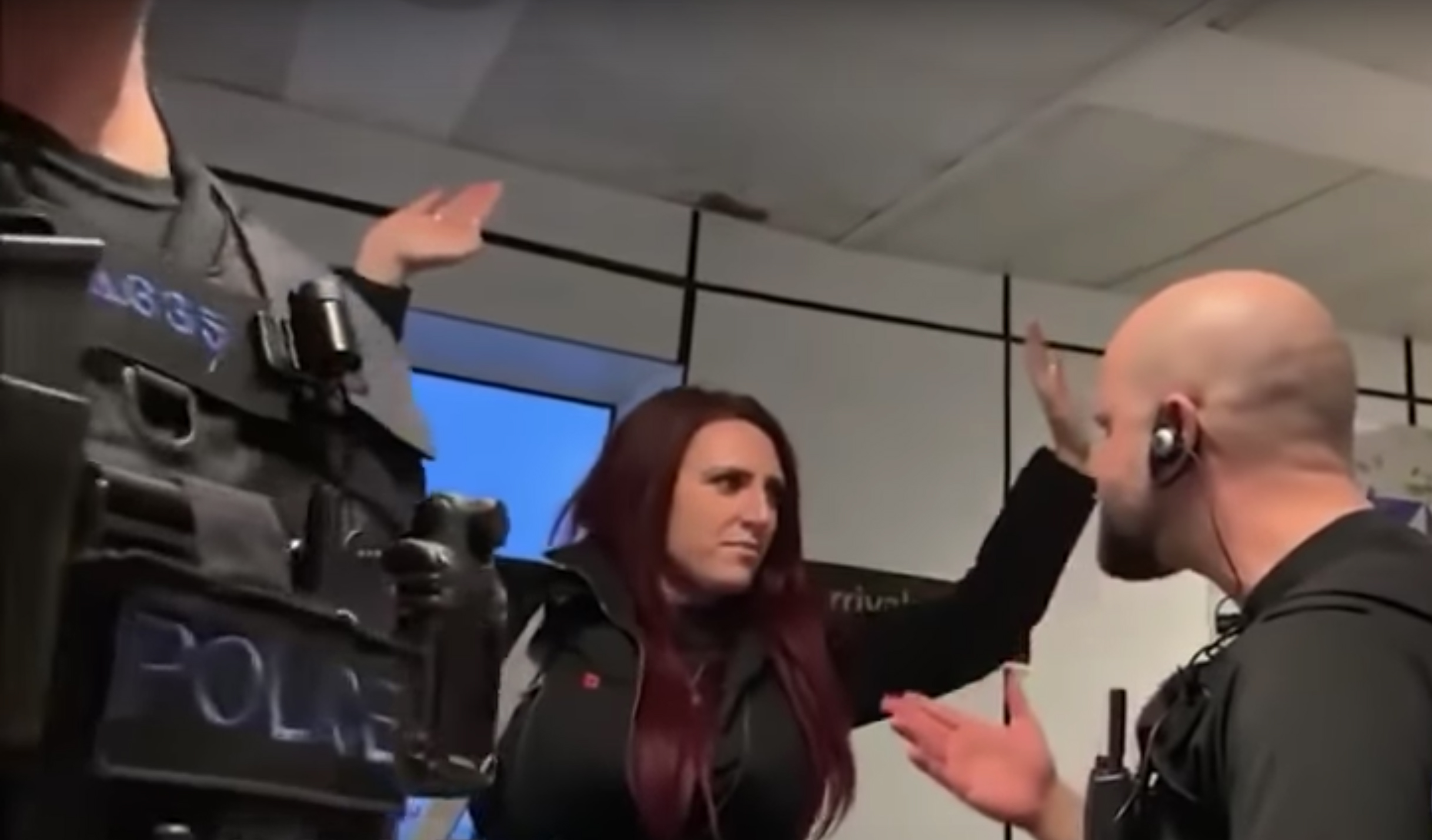 As if that wasn't ridiculous enough, she went on to say that my suggestion that she might be guilty of Contempt of Court or Perjury - after she took the stand and LIED under oath at my trial - has caused upset high up in the National Probation Service as it brings their name into disrepute!

So now the National Probation Service are threatening me with legal action because I told you that one of their employees lied in court and I think that they are evil!

They will stop at nothing it seems!

This is just another layer of pressure intended to break me.

As if 9 months in prison wasn't enough, or being forced on the run, being banned from living in my own home, having police hunting me, being arrested on a plane by armed police, being held in a police cell over night, being dragged into court and forced to stand trial just for living in my own home - they now want to take legal action for me calling them names!

I am not prepared to be bullied and threatened by the State and then told I can't tell anyone about it!

I need to continue fighting against this pressure and I am appealing every unfair decision made against me.

I cannot believe I am having to appeal to a Crown Court to overturn a decision to make me homeless!

But that is my reality - it has been for the past 5 months.

I have had to do most of the legal work myself as I have not had any funds to pay for solicitors and barristers after having my GoFundMe page shut down! 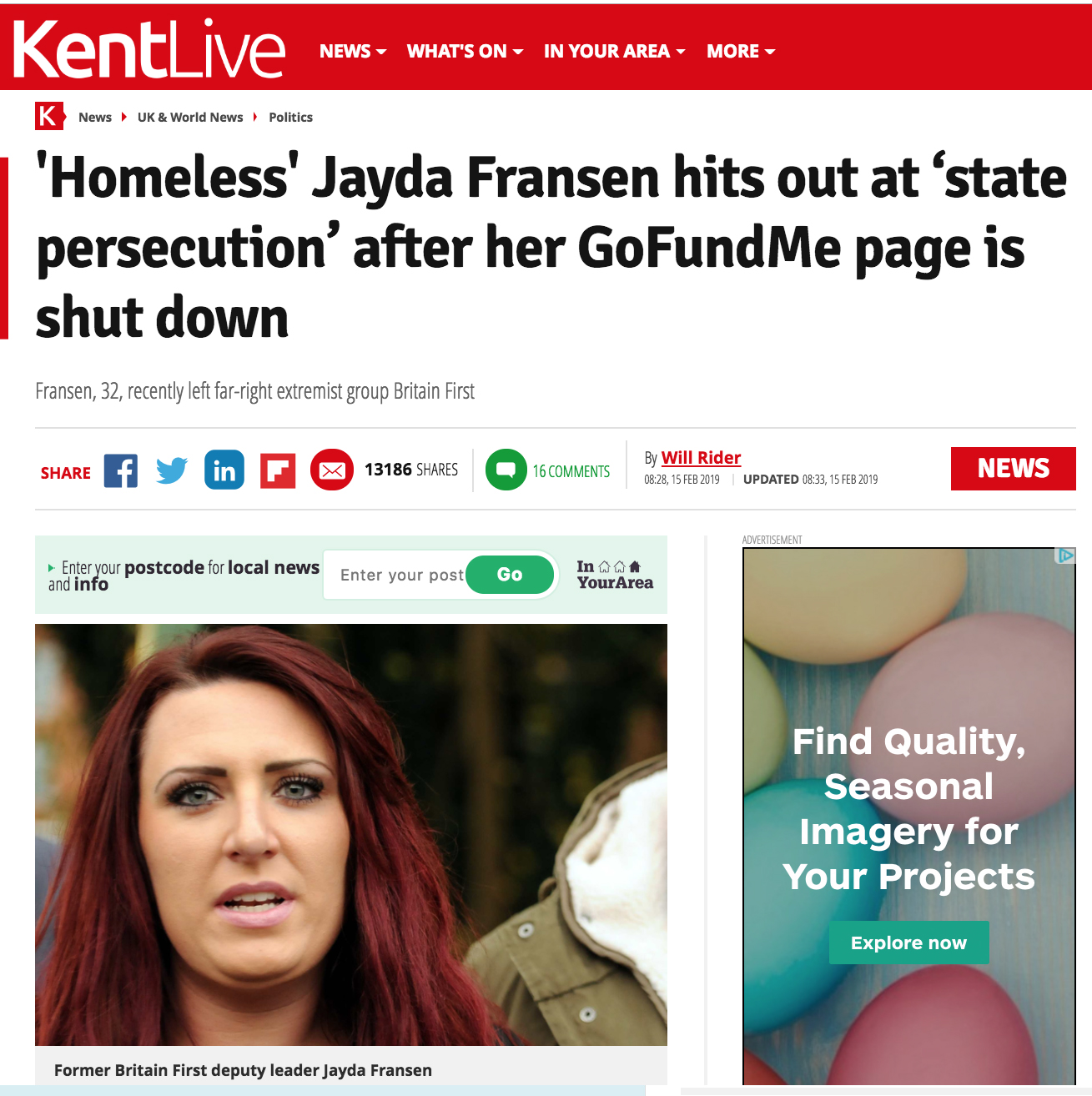 Now there is a way for me to raise money so that I can get professional advice to help me with this ongoing battle.

Thanks to the Knights Templar Order, there is a page dedicated to help me.

If you are able to chip in to my new 'fighting fund' then please click this button:

As soon as I walked free from prison, this pressure started and I have been battling it every single day.

It is draining beyond belief, but I promise you I will not give up.

Thank you for continuing to support me, I need your support now more than ever.