Today in History: 8 July, 1099 - First Crusade, The Siege of Jerusalem

Today in History: 8th July, in 1099, 15,000 starving Christian soldiers march in religious procession around Jerusalem as its Muslim defenders look on.

FIRST CRUSADE - THE SIEGE OF JERUSALEM

The primary goal of the First Crusade (1095-1102 AD) was the capture of Jerusalem from Muslim control.

During the First Crusade, Christian knights from Europe capture Jerusalem after seven weeks of siege and begin massacring the city’s Muslim and Jewish population, the latter being seen to be accomplices.

Beginning in the 11th century, Christians in Jerusalem were increasingly persecuted by the city’s Islamic rulers, especially when control of the holy city passed from the relatively tolerant Egyptians to the Seljuk Turks in 1071.

Late in the century, Byzantine Emperor Alexius Comenus, also threatened by the Seljuk Turks, appealed to the West for aid.

In 1095, Pope Urban II publicly called for a crusade to aid Eastern Christians and recover the holy lands. The response by Western Europeans was immediate. 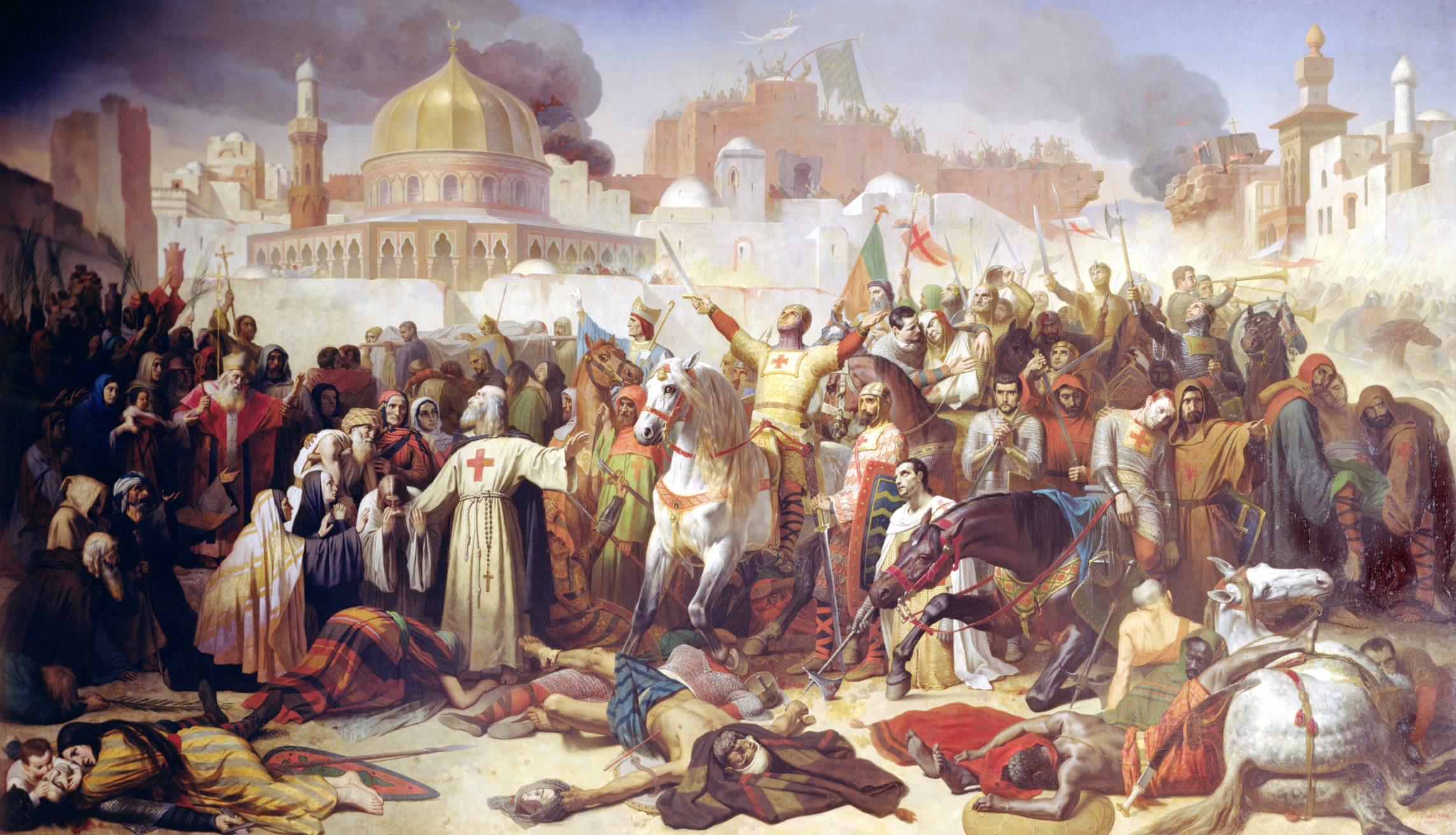 On 8 July, the Crusaders prepared for their all-out assault.

Led by priests bearing holy relics, they walked around the city barefoot in a procession of penance, which served as a reminder to all of why they had come to this place. Even the bickering northern leaders were moved to reconcile their differences.

After three years of hardship, exhausting battles at Antioch and other places, morale was high as the Crusade was, finally, about to be concluded.

A combined military campaign organised by western rulers, the Pope, and the Byzantine Empire.

After a brief siege, the city was captured on 15 July 1099 AD and the population massacred.

A Muslim relief army was defeated three weeks later, and the First Crusade was hailed as a remarkable success in the West.

The huge problems of logistics, famine, disease, a formidable enemy, and internal rivalries had all, somehow, been overcome.