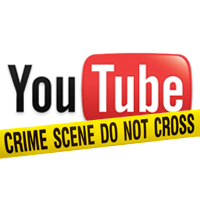 YouTube have jumped on the bandwagon with Facebook and are censoring ALL things Tommy Robinson and Jayda Fransen!

So, when i released this video, highlighting the State orchestrated attacks that Tommy and I have suffered over the past year, they went into overdrive!

They sent me the following message:

Just look at how many countries my video is banned in! Including my own, the United Kingdom!

What an outrageous abuse of power!

I have not incited any violence or hatred, or committed any offence in my video.

I have simply exposed the levels that the British authorities are going to go to, just to stop Tommy and I being heard.

Since when did YouTube have the right to decide what we can and cannot watch?!

Anyway, defiant as I am, I have uploaded the video to a different platform so that you CAN watch and share it - despite YouTube's best efforts to stop you!

So here it is, the video YouTube desperately don't want you to watch: